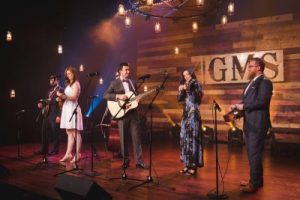 The International Bluegrass Music Association’s reigning Vocal Group of the Year, Flatt Lonesome, will be the special guest of Gospel Music Showcase with Guy Penrod on Daystar Television Network this weekend! The show was filmed in Texas last fall and will feature Flatt Lonesome performances and an interview segment.

The show airs Saturday, April 29th at 1:30 pm CT on Daystar Television Network and will be available via live stream at www.daystar.com, as well as on their “on demand” feature.