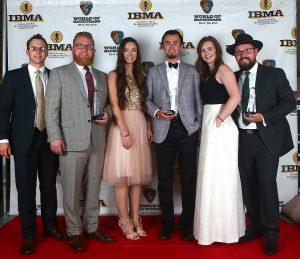 Flatt Lonesome took away THREE International Bluegrass Music Association honors Thursday night during the annual awards ceremony held in Raleigh, North Carolina at the Duke Energy Center for Performing Arts. In addition to being name Vocal Group of the Year, the band also won Album of the Year for Runaway Train and Song of the Year for “You’re The One,” written by Dwight Yoakum.