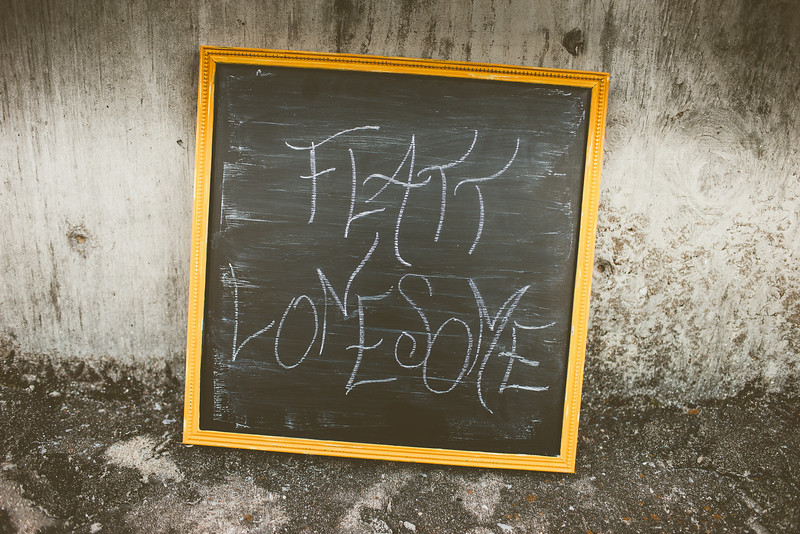 When Game of Thrones returns to HBO on April 24th, it’ll begin as it always does: with a rumble of percussion, a sweeping of strings and the unfolding of a now-iconic theme song that’s been kicking off the series’ episodes for five years.

Although rooted in medieval folk music, the title theme recently received a facelift from Flatt Lonesome, a Tennessee-based family band of bluegrass pickers and harmony singers. The bluegrass cover was commissioned by the staff at Sirius XM’s Bluegrass Junction station, whose DJs wanted something new to play in the weeks leading up to the show’s Season Six premiere. With Flatt Lonesome at the helm, the Game of Thrones theme becomes something different: a fretwork-heavy burst of mandolin, fiddle, upright bass and acoustic guitars, evoking not the grandeur of Westeros as much as the earthy charm of the American South.

FLATT LONESOME PERFORMS ‘GAME OF THRONES’ ON YOU TUBE

GET THE SONG ON iTUNES

Flatt Lonesome is just the sort of band bluegrass needs right now. They’re well-schooled in bluegrass tradition, but their youth leads them to be open to new possibilities. They are making great original bluegrass, and it’s some of the freshest our genre has been offered in a while. Their harmonies are some of the best in the business. Matched with their instrumental prowess, Flatt Lonesome is quickly becoming a bluegrass tour-de-force. Most importantly though, their music comes from the heart. They have found their own voice in the bluegrass community, and it is a voice causing young people to think actual bluegrass is cool again. I don’t know about you, but I think that is a message worth supporting.

While most young players on the scene import jazz and rock influences—creating a style called Newgrass—this band doubles down squarely on the classic elements of the music for its newest album. But it avoids feeling stuck in the past. Boasting masterful musicianship, sizzling vocals, and a hard-charging passion, Flatt Lonesome’s Too makes the powerful and surprising case that bluegrass is for today.

I know, first-hand, from when I was young, what it is like to have a burning passion for Bluegrass Music.  You long to find friends with the same passion.  I admire the young artists of “Flatt Lonesome” because they found one another and started a journey that is leading them to some very high places.  They work hard to perfect their craft and just keep getting better and better.  On or off the stage, “Flatt Lonesome” represents Bluegrass Music all TOO well!

Flatt Lonesome is a young, new group of pickers fresh to the scene. While deeply-rooted in bluegrass music’s historic classics, they also have an energetic flair for country sounds, progressive jams, and soul-stirring gospel music while never forsaking their traditional essence.

Released last week, Too proves that the rising band from Florida is going to avoid a sophomore slump. “So Far” kicks off the record and showcases the band’s musical strength while “Make It Through The Day” proves they could have some mainstream country success if they wanted to head that direction as the powerful ballad recalls some of Sara Evans’ finer vocal moments.

It has been absolutely amazing to see this group gain the acceptance and popularity they have.  Combining their natural, God-given talent with their winsome and entertaining stage presence, Flatt Lonesome is one of the most compelling and entertaining groups I’ve seen in bluegrass in a long time.

The strength of this family-based band, centered about the Robertson siblings, remains the passion for vocal performance … there is no denying the vocal prowess of this six-piece. Utilizing a full bluegrass instrumental lineup, complete with Michael Stockton’s resophonic and Charli’s fiddle, Flatt Lonesome’s palate is fair complete: arrangements are fully developed, the various instruments coming to the fore in turn while maintaining a balance that is aurally pleasing.

Flatt Lonesome is the most exciting new, young band I’ve heard in ages.  They have it all:  great singing–family harmony that can’t be beat with several wonderful lead vocalists, first-rate musicianship, original material, and an entertaining and polished-looking stage show.  They pass the ultimate music litmus test:  they sound awesome on record and just as good live.  Flatt Lonesome is the real deal, and they are good people on top of it all.